HomeBlogTime to stop the traffik 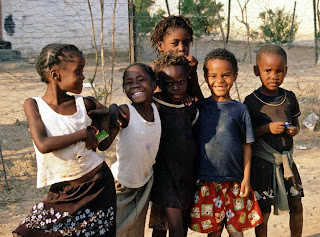 According to the BBC, at least 400 African children have been abducted and trafficked to the UK (and subsequently rescued) by UK authorities over the last four years. However, this 400 only numbers those who have been rescued; just stop and think for a minute about what has happened to those who haven’t.
Experts claim a growing number of witchdoctors and ‘spiritual’ healers are involved in the trafficking and abuse of these children. It is believed some of these abductions are being carried out to facilitate ‘Juju’ (witchcraft-related) rituals, which often require human blood.
Victims have explained how rich clients pay witch doctors to remove hair from the child’s body and then make incisions into the arms, legs, head and genitals to obtain the much-coveted blood.
Many of these children are repeatedly told they are evil and that they are responsible for bad things that are happening around them. Some even convince themselves that they somehow deserve the abuse they are suffering.
Those who have been rescued are afraid to name their abductors in case they or their families are tracked down and harmed. And many are afraid to talk about the Juju rituals because superstition tells them something bad will happens to them if they do
The US State Department claims Uganda has become one of the main source countries for children being smuggled to the UK, with 9,000 having been reported missing over the last four years.
It’s a profitable business, with traffickers earning as much as £10,000 per child. And with Ugandan authorities unable to cope with the problem, it looks as though it will continue, and even escalate, in the future.
So what can (and must) we do about it?
First of all, we need to pray. James 5:16 says: “The effective, fervent prayer of a righteous [wo]man avails much.” Jesus makes his opinion on children very clear in the gospels: they are extremely precious in his sight. So we should be praying for these dear children fervently and frequently.
Second, find out if there is a scheme in your area targeting this terrible crime. Cambridge Community Church (C3), for example, recently invited 80 churches from across the region to attend a talk given by Ben Cooley, CEO of Hope for Justice. The aim was to unite, inspire and equip local churches to take action. With anti-trafficking initiatives unrolling across the UK, it’s time for you to get involved!
Imagine if your son was abducted and mutilated for a superstitious ritual, uprooted from his home and living in constant fear and pain. Or if your daughter was stolen from you and forced into a life of drugs, violence and prostitution.
Of course, it’s not just children that are being trafficked. Many adults are also trafficked and forced to become sex workers or, basically, slaves. With statistics showing that 99% of trafficked victims are never rescued, it’s time to stand up and be counted.
“I firmly believe that if we work together we can establish the momentum to change history,” says Mr Cooley. “We can make this county a hostile environment for traffickers and see trafficking end in our lifetime.”
Don’t turn a blind eye… It’s time to stop the traffik.
Visit these sites for more info: http://hopeforjustice.org.uk; www.stophumantraffic.com; www.stopthetraffik.org/humantrafficking/background.aspx; www.notforsalecampaign.org; http://stophumantrafficking.com.
Read more from Joy in the upcoming issue of Liberti and its parent magazine, Sorted.