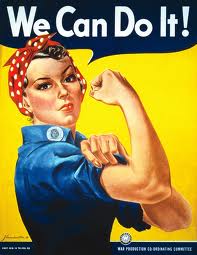 I went to a ‘gathering’ last weekend. Organised by Spring Harvest and Sophia Network it was a meeting up of women from all kinds of backgrounds who want to see women released to be all that they were created to be. I took along two of my own little women who, as they played on the iPad and read Little House on the Prairie quietly in the corner, got to hear women talking about how we could help little girls, just like them and maybe older, to dream big dreams and fly.


There’s been something buzzing around my head since I left:  We talked about making space for people, thought about how we can make sure that we don’t get so protective of our own positions that we don’t empower other women. We faced up to the fact that it can be hard to step aside and allow room for competition and were tasked with thinking in groups about how we can create pathways for those who come after us.


It was a crucial thing to discuss but, in my group it became apparent that some felt a constant tension in their life at work. Not knowing how to create space or whether they should step down from their role or go part time so someone else gets a chance. It’s been going round in my brain since.


I think it’s really important to recognise potential in people and encourage it, to mentor that person and help them take opportunities, to make sure that we don’t do things out of selfish ambition BUT I don’t think that means everyone has to fall on their sword after a couple of years and retire early or change jobs so that other people get the chance.


I think that the whole thing about church – if that’s what we’re talking about – should be about creating new space – our aim, to coin a phrase, is expansion. That should need more leaders, not just a quick turn around. 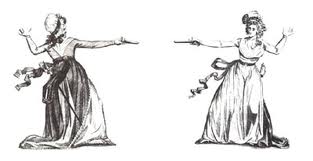 I think that in all our talk about not being selfish with our space – which is totally correct – we must be careful we don’t end up feeling guilty that we have a space in the first place. Jesus handed over his task to the disciples at 33 because he had finished. At 33 most of us are just starting. And he handed over to 12, not just because they weren’t actually the son of God and it would take 12 of them to do what he did but because they had to go to the ends of the earth. They led until they died, but they appointed and annointed new leaders (male and female) as they grew the church. They created space through evangelism and the simple need for more leaders.


So I think creating space is about creating vision – saying – what Tearfund, Spring Harvest, Schoolswork etc do is great, lets do more. Leading churches is great – lets start new ones, speaking on a platform is important – go to the ends of the earth and speak to people who have never heard the news before. It’s about seeing our role, not as the destination but as the springboard for new projects with new people. 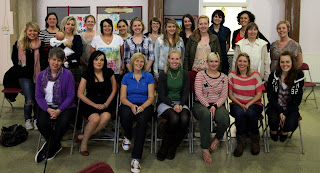 The crucial thing is enabling women to dare to have vision in the first place and the courage to see it through. We still have to challenge bad theology and traditions and I personally think quotas have a place, but throughout history, bold women have gone and done the things men told them they couldn’t and they have done them so well people noticed.

As a brethren girl myself, I was struck by how many women in the room yesterday were from the same background – who had grown up being told they couldn’t but who did it anyway. Let’s raise a generation of bold women with big dreams and empower them to turn those dreams into reality.

One Response to “Creating Space”