HomeBlogWhere did all the Dads go? 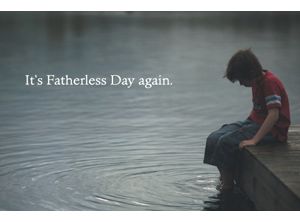 On Sunday, some of us will be celebrating our Fathers, but not all of us. A report came out today, which announced that over a million children in Britain are growing up without a father in their lives. That figure is taken based on children who see their dads less than twice a year, which by my reckoning hardly counts itself.
I can say that because my two children only see their biological father twice a year and I know that hardly counts. When they were smaller and I was a single Mum myself, the relationship they had with their dad was nothing short of fiction. They had created a Daddy in their imagination, had pretend conversations with him and dreamed of what meeting him would be like.
I remember one poignant moment when my then four-year-old daughter spoke to her Dad for the first time in two years on the telephone. I only heard one end of the conversation but it was clear he had apologised for the lapse in communication when Megan replied “That’s OK Dad, I speak to you most days on my tweenies telephone.”.
It broke my heart. Just like it used to break my heart when she and her sister would ask “why doesn’t Daddy ever talk to us?” What are you meant to say? I wanted to say that it was because he is clearly a muppet who doesn’t begin to get what he is missing out on. But I refrained because I didn’t want to damage whatever relationship they did have with him.
But I worried – I worried whether maybe I should, actually, tell them he’s a muppet – because the alternative is that somehow it’s their fault. That my precious girls weren’t worthy of more than this, not worthy of regular contact and undivided attention. Or that this, when someone can be bothered, attention is an acceptable form of love. That neglect is normal. That giving up on people is OK. I didn’t want them to grow up not expecting more than this from people who profess to love them.
Because that’s the reality of an absent Dad – or Mum. It’s a message, shot right to the heart, that you weren’t worth hanging around for.

My girls have done OK. I have done everything in my power to shout a louder message to them  – that I would move heaven and earth for them because they are so incredibly valuable. I think I’ve managed to pretty much drown the other message out. It’s what single parents do. We wrap our children in a love so strong the arrows of neglect can’t pierce it.
The Centre for Social Justice report damns politicians, on all sides, for a ‘feeble’ response to what they describe as a ‘tsunami’ of family breakdown. It calls on the government to do more to encourage marriage, but I’m not sure what I think about that.
Don’t get me wrong. I think marriage, as it is designed to be – a promise between two people to love, honour and support each other through thick and thin, is a beautiful thing and is the answer to a broken society. But I don’t believe a tax break will achieve this. A tax break encourages, by definition, a contract of convenience, which, when it ceases to be convenient, will be broken and the family torn apart just the same.
What we need to do is to encourage responsibility, commitment, sacrifice, selflessness, patience, kindness and courage. What we need is a cultural revolution, which holds up those attitudes as worthy, that celebrates brave and reckless love rather than romance and sexual gratification and that champions those who stick at it rather than those who get a lucky break.
It’s a revolution that should start in the church – in many places it already has, organisations like Care for the Family, Time for Marriage and Relationship Central are dedicated to supporting and strengthening families. Romance Academy and XLP are committed to changing attitudes in younger generations. We need to do more. 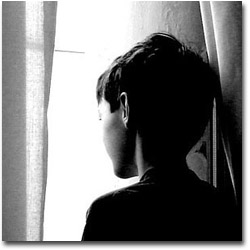 Around the country thousands of young people are growing up in ‘Men Deserts’, there simply aren’t men around. In some areas as many as 75% of families are single parent families. The church needs to invite people in and role model what family really looks like; supportive, attention giving, sacrificial family. We need to love children though our kids work, walk and talk with them through our youth programmes all the while demonstrating what commitment really looks like.
My mum has worked with young people through the church for decades. I will never forget overhearing what one of the boys from the local estate said to her at the Christmas party she threw for them. “You do so much for us Daphne, even though nobody else cares where we are. Thank you”. His family rarely knew what he was up to, hardly cared. But he knew that in that place he mattered and that he belonged and he saw a team of people who worked together, week after week, for no personal gain, to take care of him and his mates. It made a difference.
I’m married again now and my girls have a Daddy who loves them as if he had fathered them and he has been there for them now, longer than they were without him. It would be easy to sit back comfortable, but as a family we try to look out for those who still feel alone. We invite our single parent Dad friend and his daughter over for dinner regularly, we’ve had a boy from the youth group live with us for a year when he had nowhere else to go and we try to share this precious family gift that we have been given with those could do with a bit of it themselves. 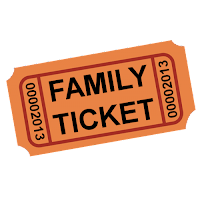 My challenge to you is this – we live in a broken world and the reports and the politicians will continue to debate it for many years to come. But we can start to make a difference in our communities today– inviting people for tea, taking kids out for the day for a treat and getting involved in the kids work at church. What are you going to do?

4 Responses to “Where did all the Dads go?”